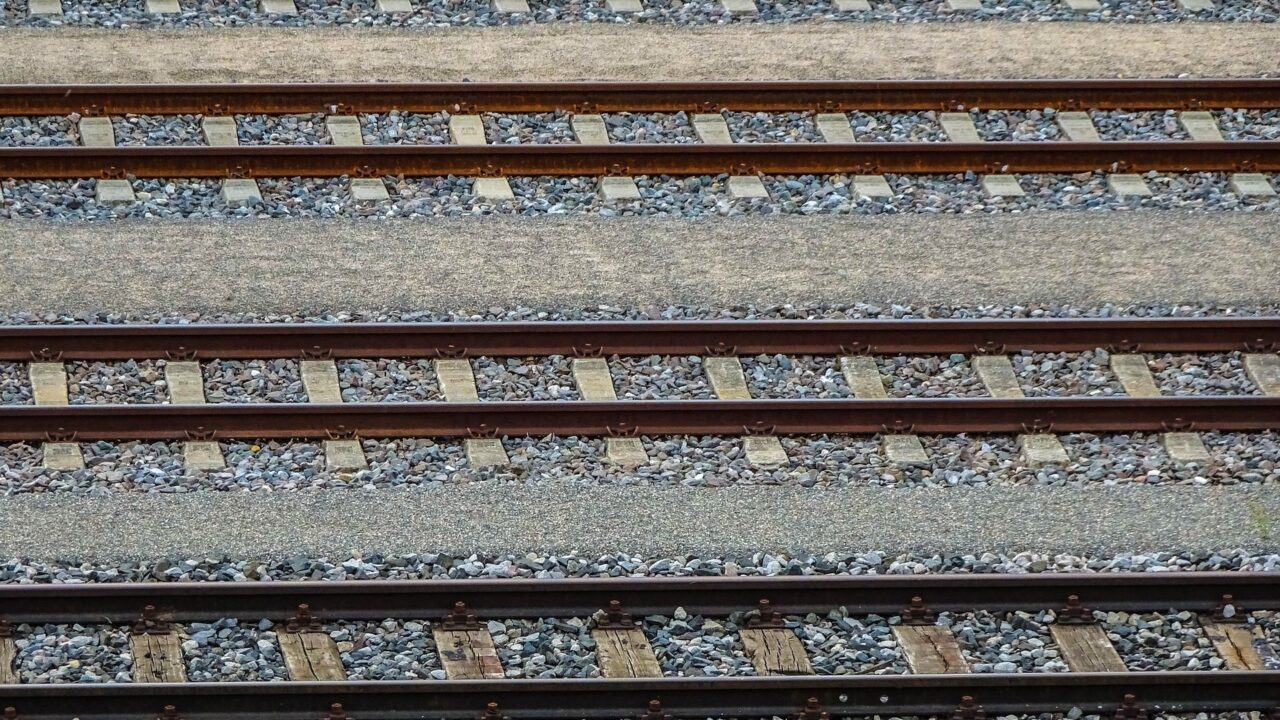 Given that the outgoing world controllers seem to be in a rush to get somewhere, they’re accelerating their trek towards domination of every area of life.

As we are all seeing with the newly minted “terrorists” of all ages (including children!) up in Canada, it’s very obvious who exactly owns “your” money in the bank. That’s why they treat you like a criminal when you dare ask for it back.

I’ll cut to the chase and let you know it’s not you who owns “your” fake money.

So what’s to be done? How can you change the system?

What’s to be done is to take three steps to the right or left, out of the path of the old system, and build something new on a parallel track.

About a year ago, I started helping business people of all shapes and sizes build a parallel track for their work.

That work has grown into a new organization focused on this single mission: to help others move their work into the protected jurisdiction of a private contract association.

Since then we’ve worked with professionals of all varieties including doctors, midwives, arborists, farmers and more.

And we’re just getting started.

Here’s a link to hear from one of our members, Dr. Nathan Riley, an OB who chose to leave the system after the events of the past two years.

Within every problem is found a doorway to opportunity. If you can develop the ability to see through that doorway, even the darkest of nights can lead to a brilliant dawn.

You are not weak. You are not powerless. You are in possession of the greatest force of nature: the ability to create that which is currently the dream within you. 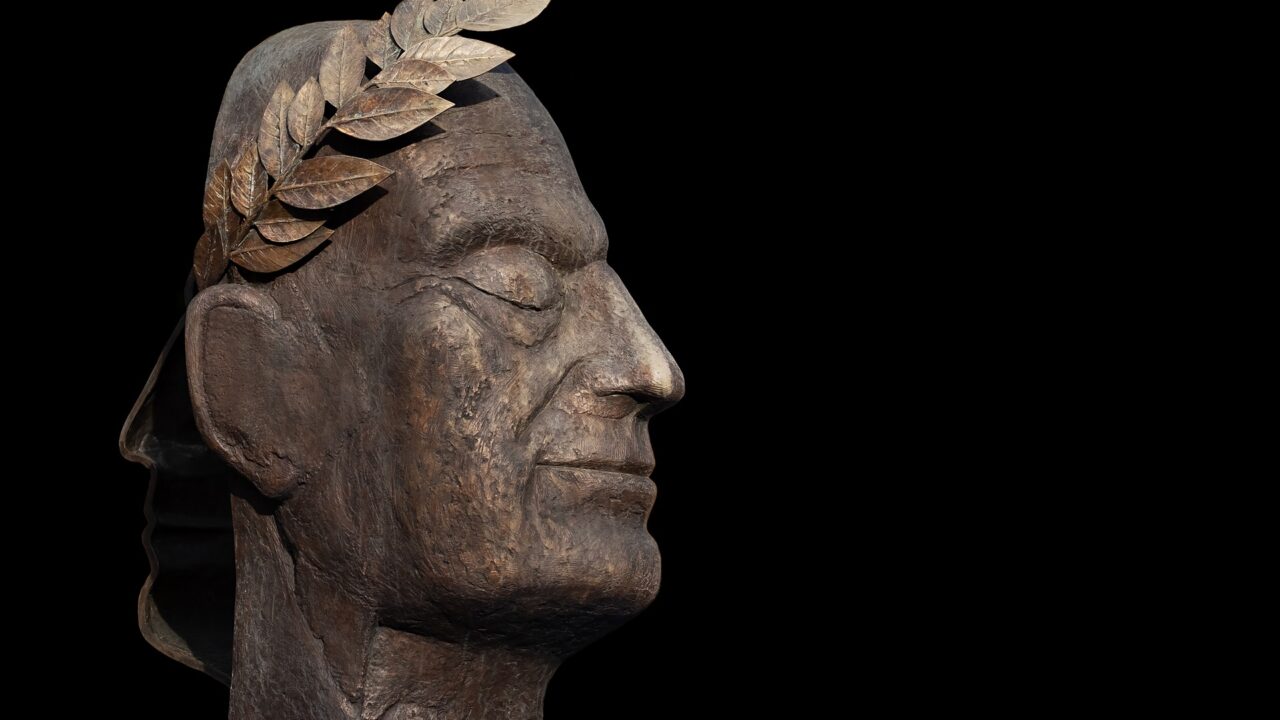 Down the Rabbit Hole
East of the Ozarks
Partly Cloudy 42 Degrees
8:19 a.m.

As the Naked Emperors begin their final descent into irrelevance across the world, they are making their true colors known to the masses while strutting down the street in all their “glory.” (Cough.)

Normal humans who dare to entertain the idea that they should direct their own lives are now labelled “terrorists.”

Uncle John, Aunt Susie and little Timmy are all evil now…according to the word from the Home Office and the paid slaves on TV.

And little ol’ Grandma Edna, she’s the mastermind of their entire criminal organization!

They are “enemies of the state.”

The fact is, the people have been the enemy of the state since the beginning. So this is nothing new.

What is new is that people are now realizing it and taking issue with the audacity of any fake authority that would make such a decree.

It seems like humanity is done with the B.S.

They are the work of evil. Of those who are ANTI-LIFE and ANTI-YOU.

The fuel that powers the entire shit show is consent. It is the magic of YOU that makes that world go round.

The time has come for the magic of the world to shift.

And now we’re going to see it.

Did you come here to be controlled like a pawn in someone else’s game of death?

The only way to win is to stop playing and to move in the direction of your heart.

That is the way of peace, of love, of creating a world that celebrates the expression of humanity.

You don’t need to be told how to do this. Inside, you already know. 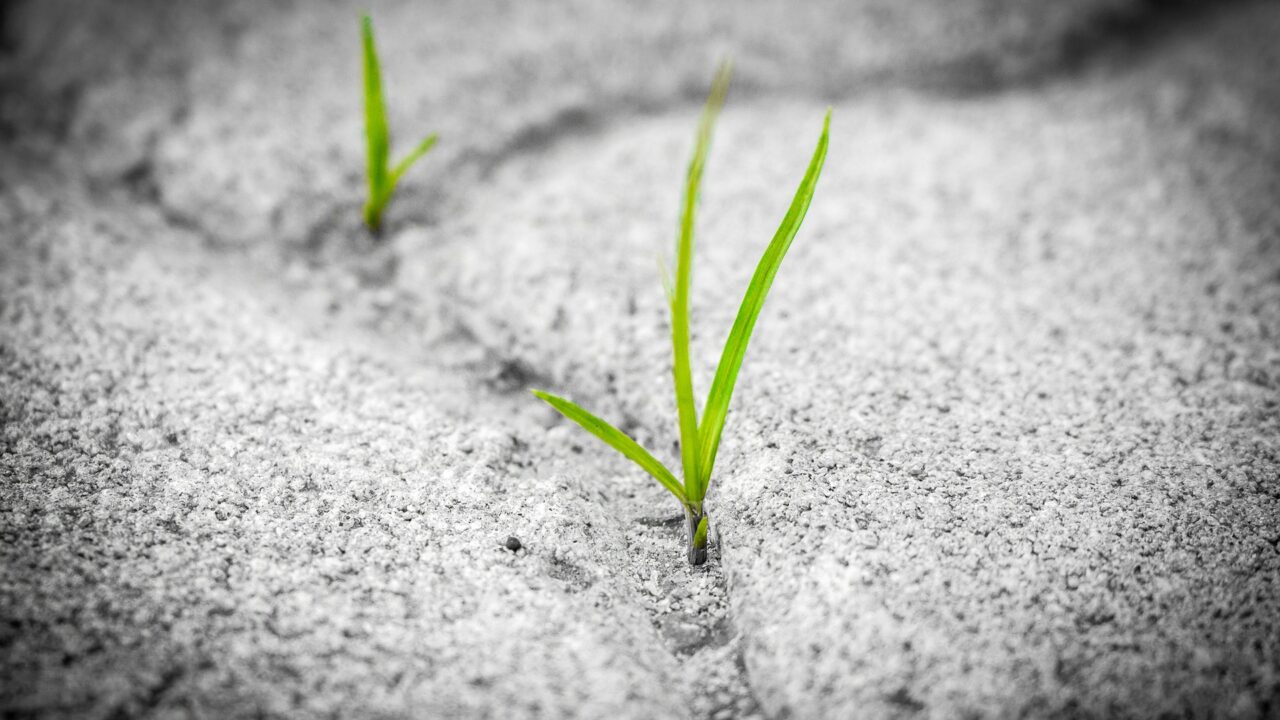 There are two ways to interact with people (clients, customers, members) in an effort to serve them.

In other words, I came down to the level of the person I was assisting. I identified with them, put myself in their shoes, empathized with their situation and then gave them assistance.

While this sounds nice, my experience is that it actually demotivates humans. I don’t know why this is the case, but it sure is consistent!

If I had to guess, I would say that most people’s conditioning makes them unable to RECEIVE on a level that makes this dynamic work.

So while there are reasons for doing this at times, there’s a far more POWERFUL way to help people in general.

That way is to inspire and empower them to raise themselves up to whatever level they want.

This is an important choice to make when you are building a business. You can either “lower the bar” and let the masses enter. Or you can “raise the bar” and work with those who are inspired to rise to the challenge.

The first approach helps people, but I don’t think it improves them.

The second approach offers assistance in a way where the person receiving is not only helped but also IMPROVED.

Inspire up. The world needs those whose service is offered in a way that makes everyone better. 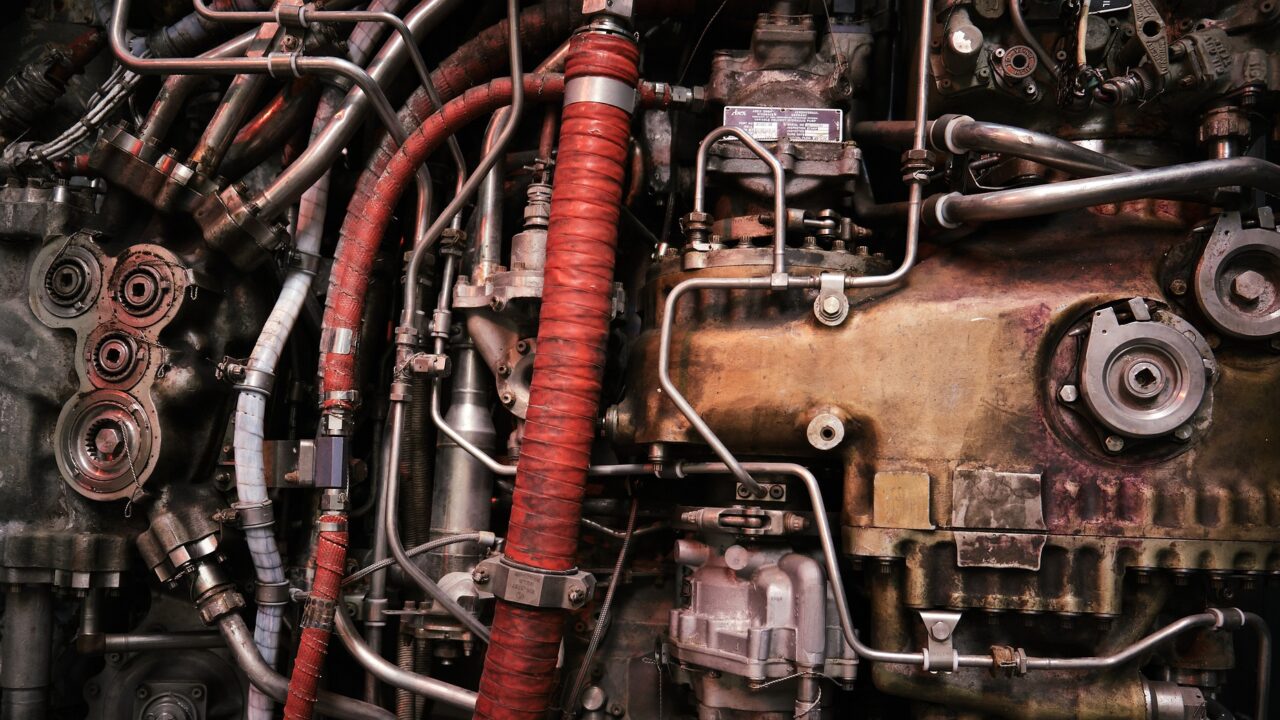 “How do I grow a business” can seem like a complicated question.

It’s actually very simple. And that’s what makes it so hard.

The way to grow a business is to answer more of the right questions for the right people.

There are only so many questions the world has about what you do:

These are rather bland, but necessary questions. Without answers, there’s no point of connection that makes it clear to any particular human “out there” that they should take a step closer to what you have.

The result is confusion and missed connection. People just “walk by” (figuratively and literally) and don’t even notice you.

But you can’t exactly post a bulleted list of these answers on your front door and expect that to be enough. We’re looking for clarity AND emotional impact.

(The only human who needs the bulleted list of these answers clear in their mind is YOU. When YOU’RE clear, everything you say or do about your business is within this context of knowingness.)

The challenge is to answer these questions in a compelling and engaging way.

The weird part is, it’s far more powerful to answer these indirectly than directly.

If you answer these questions directly, you come across like you are at one of those terrible “networking” meetings where everyone is dying to tell you about themselves in 30 seconds or less.

So how do you communicate answers to these questions indirectly?

You do it with demonstration. That is what the media platform is all about. This is a strategic tool that provides ongoing demonstration of you.

When you demonstrate YOU, who you are, what you think, what you believe, how you work and the way your work impacts the lives of those you serve, those who are watching will be able to answer these questions themselves.

At its foundation, business is simple. When we don’t keep it that way is when it gets difficult. 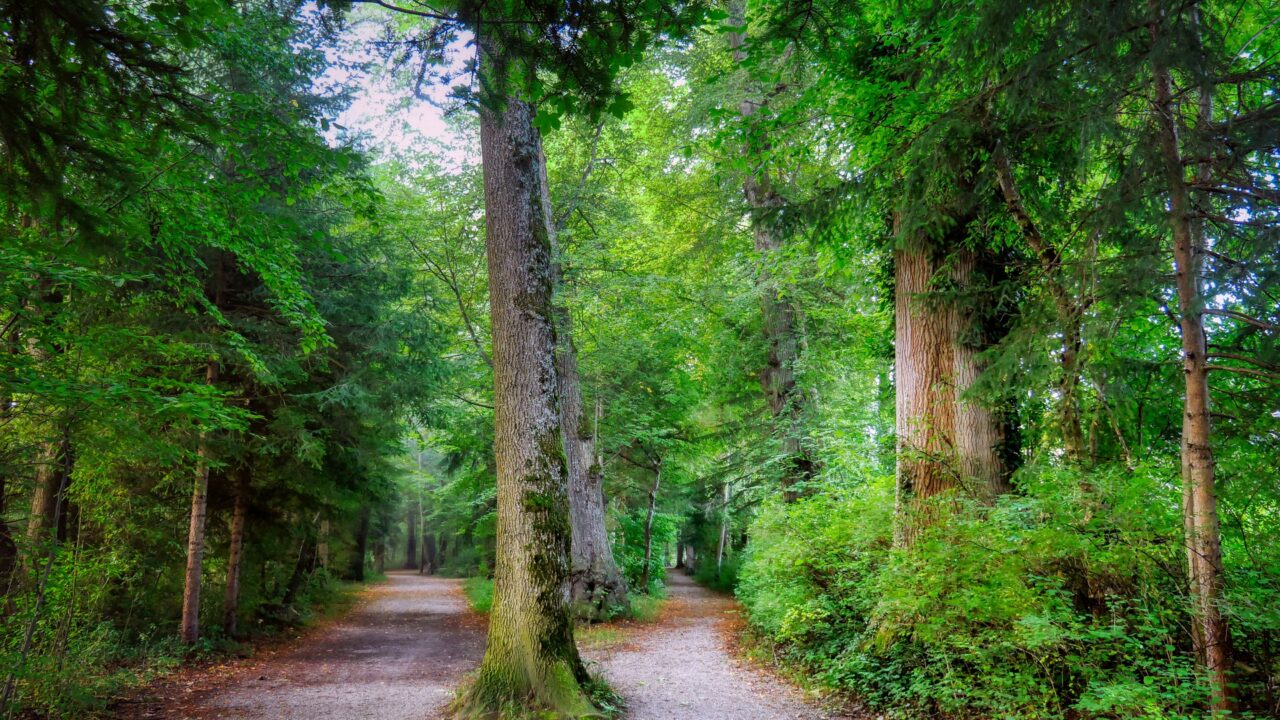 Down the Rabbit Hole
East of the Ozarks
Cloudy 22 Degrees
1:59 p.m.

With apologies to the great poet, Robert Frost, it seems that two realities are “diverging in a yellow wood…”

There’s one reality out there based on fear. It is dark and dense and under the control of some not so pleasant gremlins who apparently spend their time doing pretty abhorrent things.

Then there’s the other reality. The one based on life. It is strong and flowing and alive with energy coming from the hearts of the humans who live within it.

These two realities have always existed. But over the past few years, the time has arrived for them to separate like never before.

I don’t visit the fear based reality. So when I happen to brush up against its edges, the feeling is so jarring that I usually think to myself: how can humans exist like this?

“Existing” is probably the best word for it. Because living in fear provides little more than a base existence for a cosmic being capable of affecting the structure of their external world via the configuration of their internal one.

At first, it seemed like a wise thing to maintain existing ties to that old reality, the reality I was raised to live within. After all, a fair amount of people I’m supposed to be “close to” actually live there! As the separation began, it felt like a compassionate thing to do.

Our culture has ideas like “family” and “best friends” and other words we use to describe various types of relationships that are supposed to behave in predetermined ways.

This reality separation has shown the truth: that these words, like all words, are powered only by intent. Which means they only mean what you say they mean and what your actions prove they mean.

So as the realities separate, if you ditch the story of how it “should be” or how it’s “supposed to be,” then maintaining ties to a reality with which you do not resonate just seems like being a poor steward of your life force.

So I stopped. Without guilt. Without remorse. Without apology. Without exception.

We really only ever have ONE choice to make in this journey through life:

And that is HOW you will direct your creative capacity at any one moment in “time.”

What is the best and highest use of that power in the ever unfolding moment of NOW?