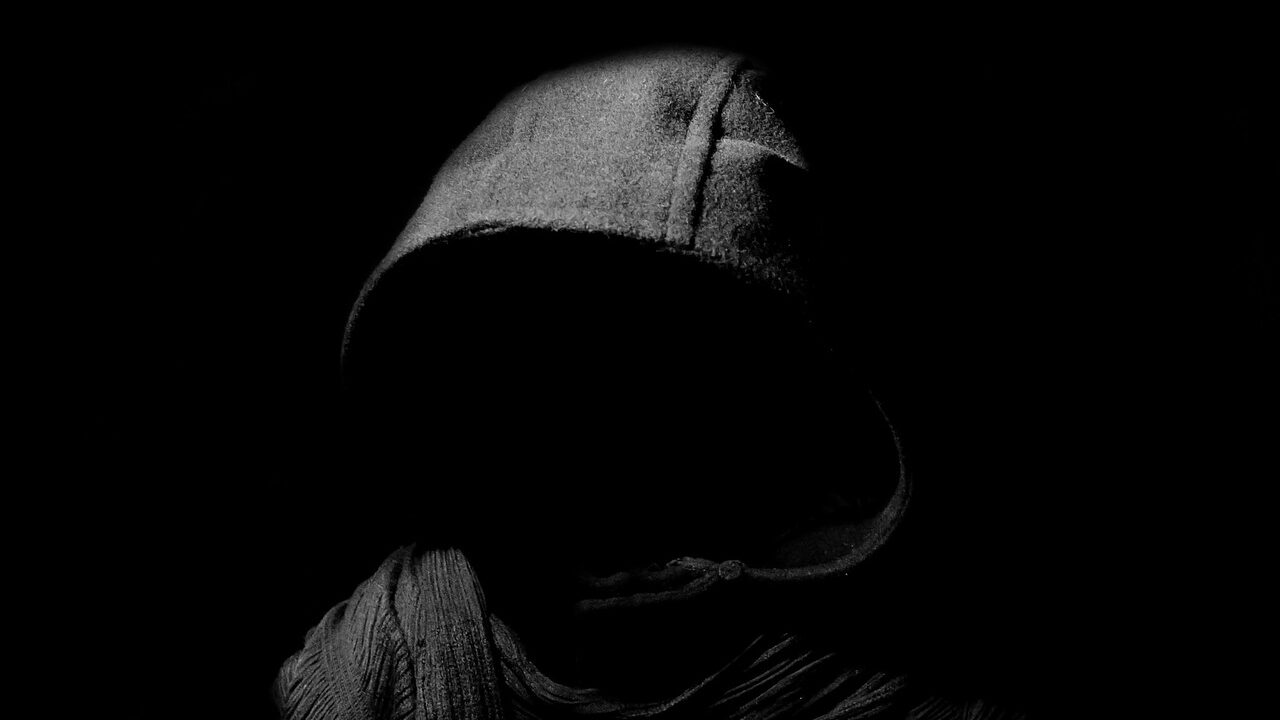 In slave school, they never teach the kiddos how energy works. They never explain that to which you give your awareness GROWS.

They know it, they just don’t teach it. But boy do they USE it.

That’s why the Matrix offers endless outlets for human awareness. TV with idiots, video games with violence, news with lies, social media awash with insecurity and much more. An endless variety of awareness receptacles just waiting for humans to stroll by and plugin their power.

Once you’ve developed the habit of constantly putting your awareness on the offerings of the Matrix, you become extremely easy to manipulate because you offer your energy to create the very reality THEY work to bring forth.

Each day, we wake up with a choice about what to grow with our awareness.

We can feed our hopes and dreams or we can feed the plans others have for this plane.

The moves we currently see on the world stage are not the maneuvers of a powerful party. They are the actions of a desperate and fearful party.

What do they fear?

What is to be done about all of these “problems” on the world stage?

Do you fight? Do you resist? Do you run? Do you wallow in a feeling of impotence and nothingness like Satan’s little helpers would have you do while running for the nearest poison shop to beg to be shot up with a chemical cocktail designed to kill you slowly…or maybe just quickly?

If they taught the kiddos about energy, the options would be more clear.

When you understand that AWARENESS EXPANDS, then you can deduce it’s not always intelligent to solve problems by focusing on problems.

With the power you have, you simply build a reality where that problem does not exist.

You take your awareness OFF the train wreck and you focus it on what you choose to create.

What would happen if humanity stopped feeding the beast? 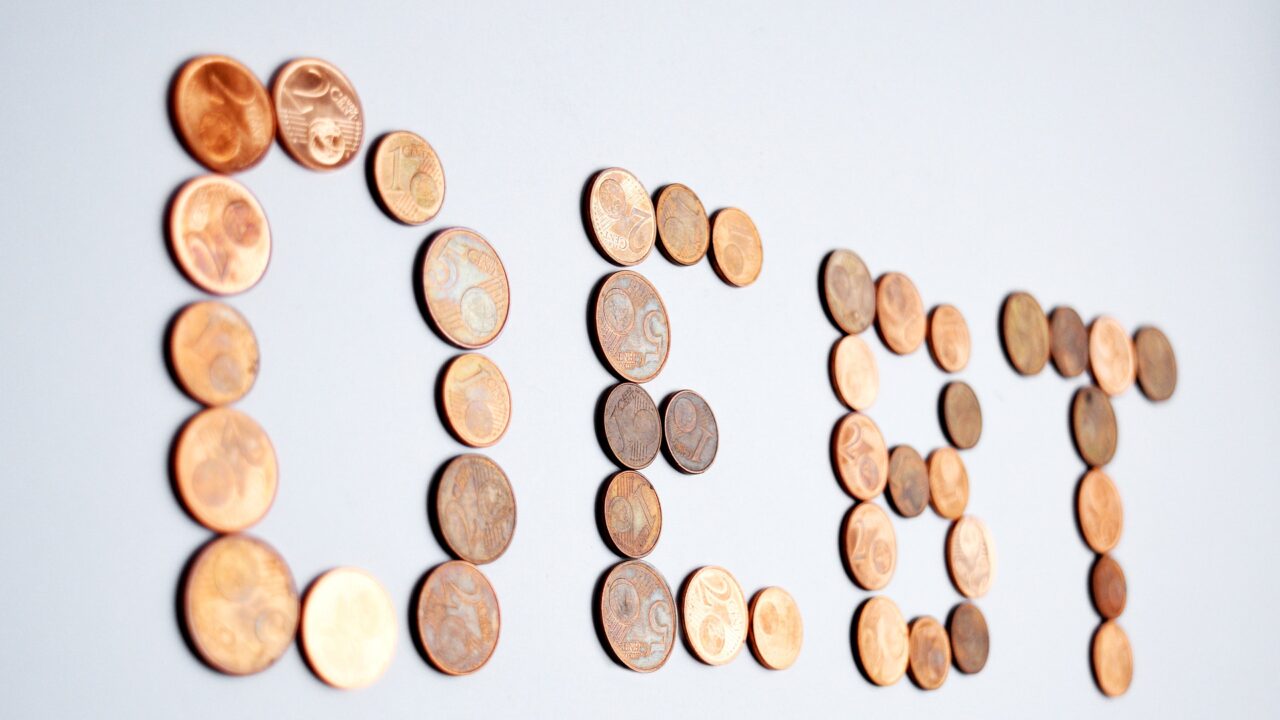 Down the Rabbit Hole
East of the Ozarks
Partly Cloudy 48 Degrees
3:13 p.m.

Why do so many people experience money issues?

Well, there are probably lots of reasons. A poor self-image…a misunderstanding about its energetics…an installed belief that no one “good” should have it…

There are lots of possibilities for what creates the monetary dysfunction.

But the one we’re going to hammer home today is that the very nature of the “money” (I’m using quotes because it’s not actually MONEY) system seems to be focused on burying the entire world in debt.

(That’s nice of you Satan!)

You don’t need a degree in economics to know this. In fact, a degree from an institution of higher indoctrination would put you at a distinct disadvantage when it comes to matters of common sense.

The heart knows debt is not a good thing.

Plenty of folks have rationalized there’s this thing called “good” debt and “bad” debt. But most of the people who say that kind of stuff are selling something like a course or a book or a 3 day real estate investing seminar, so it’s hard to know if you should trust them.

Energetically, debt is a weird duck. It’s an energetic container…a thing…that represents the vibration of LESS THAN NOTHING.

But we don’t have to get into the weeds here. All we need to know is one simple detail about the “money” system to understand it’s designed for death.

So here are the facts:

So to service the debt, MORE currency must be created, which creates even MORE debt that must be repaid.

Do you see the problem?

It’s not sustainable. It’s completely inorganic. It’s DEAD. It’s also not even MONEY. It’s debt the “powers that were” have voted to serve as “legal tender.”

This mess is all completely by design.

If you’ve ever dealt with money issues, know it’s probably not you. It’s most likely the energetics of the fake money that’s been designed to trap you.

Just KNOWING that changes the way you view it. It allows you to separate from this entity designed to entrap your life force.

It also makes you think about the folks who have accumulated a ton of this stuff.

Is that good? Or is it terrible?

What we do know is that it doesn’t work for humanity.

The trick is to create without viewing this fake money as a required intermediate step.

That’s the thought process of a brainwashed slave in the Matrix.

We’ve all been taught it.

We can all forget it. 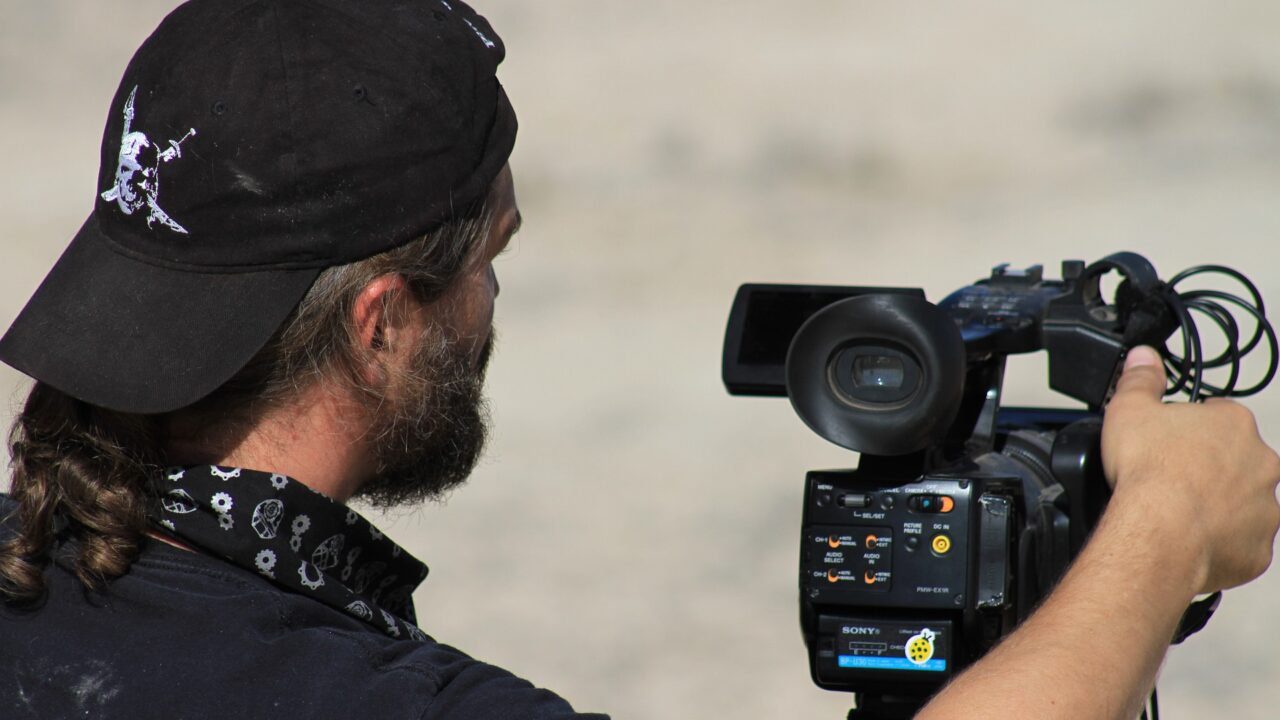 Down the Rabbit Hole
East of the Ozarks
Cloudy 44 Degrees
3:17 p.m.

One of the most destructive parts of the Matrix training is the program that makes you believe you are simply a spectator in the “movie” that is playing out before your eyes.

This is how you control masses of people without having to physically control them.

A lot of people are asking, “how is this going to go?”

They think, ponder, plan and come up with logical action steps for what to do.

Some run for the hills. Some stay put. Some stick their heads in the sand and hope. Some have no idea what’s going to happen and just end up looking confused.

They do all of this as though they are simply watching the movie, thinking they have to guess which way it’s going to go and then take action.

THIS is the Matrix program at work. It is LEARNED energetic impotence.

(Except there is no such thing for a human. Your energy is ALWAYS creating. The question is WHAT you are creating at any one time.)

If the whole planet watches thinking someone ELSE is directing the show, that will create one type of result.

If the whole planet watches knowing that humanity is sharing in the co-directorship of the drama, that will create a very different type of result.

Does your life happen to you? Or does life flow from within you?

Are you stuck in someone else’s reality?

Or are you creating it?

The Matrix has its answer.

Your answer changes everything, including what appears on the screen. 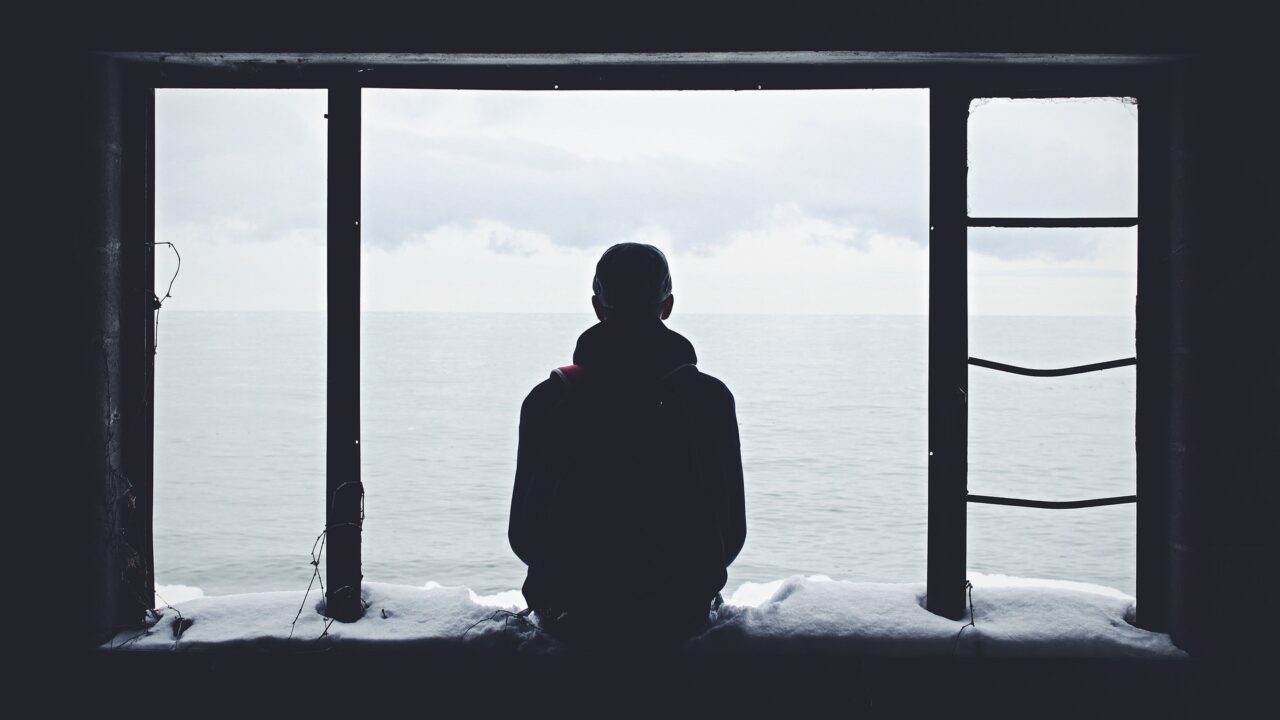 Down the Rabbit Hole
East of the Ozarks
Windy…Storm’s a Brewin’ 67 Degrees
3:07 p.m.

With the current shit show we’re all watching play out on the world stage, where adults are willingly poisoning themselves with unknown substances…where otherwise loving parents are doing the same thing to their children (which is unconscionable)…where previously sane individuals have begun showing signs of complete disconnect with any level of common sense…

…it’s pretty easy to feel like you’re alone in a world gone mad.

Alone is a condition the Matrix trains its slaves to fear.

Alone is a cold and dark place where it can feel like your very existence is under attack from countless directions. Being alone is something most sheep will do anything to avoid…including poisoning themselves and their children if need be.

But the Matrix is a devious illusion. One where the truth is rather hard to come by. What the Matrix does not make clear about this situation is that the feeling it trains the slaves to fear has nothing to do with the state of being “alone.”

The fear is a fear of feeling LONELY.

What the slaves are never told is that, while “alone” is a circumstance, “lonely” is a choice.

When you can see the difference, you begin to look at being “alone” in a very different light. Eventually, you come to understand there is a power in the state of being alone that is hard to find anywhere else.

Vibration need not exist in abundance to create change. It need only exist at a level of purity sufficient to initiate the reorganization of material reality.

Being “alone” in a world gone mad can be transformed from a “problem” into an opportunity.

It is through the state of being ALONE that you are able to remove outside interference and focus your vibration into something with the power required to create the world you wish to see. 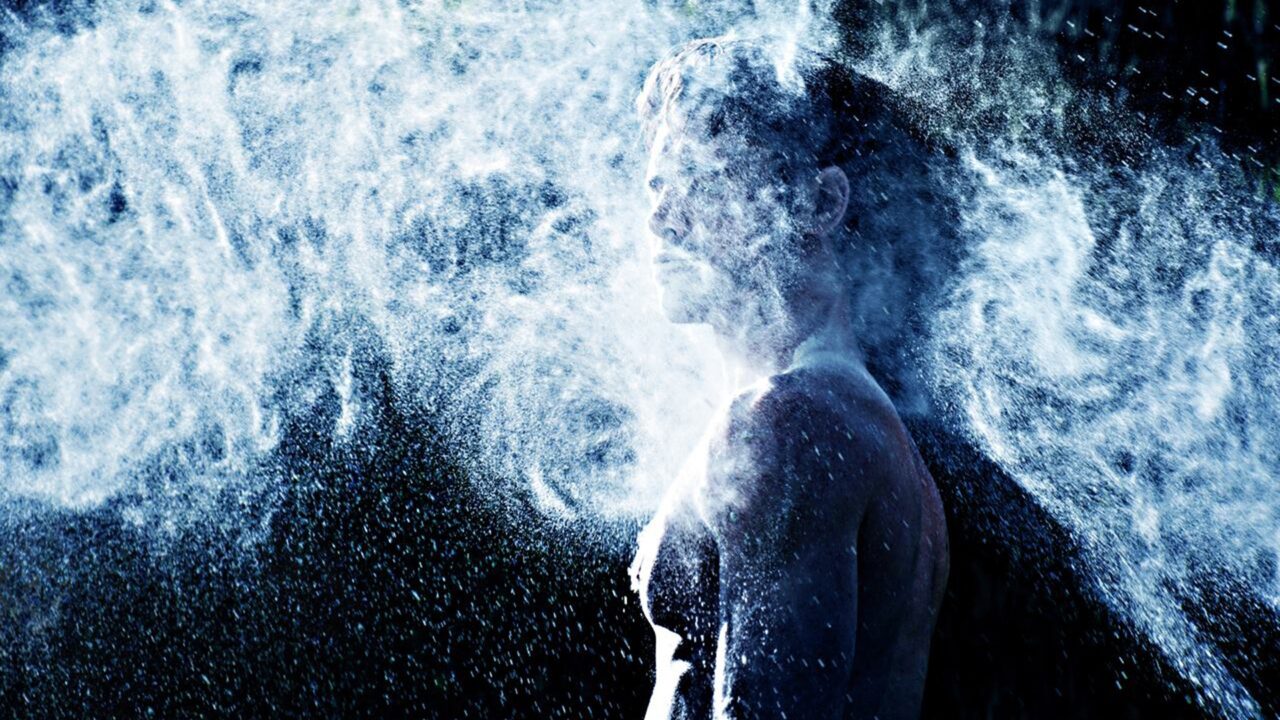 The Matrix teaches men that they should be in control.

The Matrix, of course, has a plan for men that seems to involve replacing their true power with an engineered impostor.

This impostor “power” directs men to busy themselves in attempts to control things that are not in their control.

“I’m going to make it happen,” are the words of a man who is living within this Matrix prison–a maze designed to occupy a man for his entire life.

What happens is that men who are taught this direct their energy in every place OTHER than where it can do any good.

This practice, which is not capable of creating the change that is desired, only adds to their Matrix-engineered anger, feelings of impotence and general lack of direction and purpose in their life.

To tell a brainwashed man intent on controlling some part of the world that he is embarking on a fool’s mission will bring up a lot of anger.

Because that is how his mind defends its assertion that it is, in fact, capable of controlling things like a “real man” should be able to do.

But deep down, he knows the truth. We all know the truth.

That’s where the anger comes from.

The goal of the Matrix is to create grown up males, babies in adult bodies…not MEN.

This is not in control of life, it is control of his experience of life.

That type of control is power. REAL POWER.

“So you’re just supposed to let what ever happens, happen?” asks the Matrix trained mind.

No. That would be the path of the truly impotent man, completely disconnected from the very directive principle that he embodies as an expression of the masculine.

The desired path is to develop a level of wisdom where you understand the true causal point of your reality.

It isn’t to be found “out there” in the world we are told to control.

It is found in a place men are told never to dare look.

The causal point of your reality is the experience you choose to have as life moves through you.

This is the magic every man holds within himself.

It is the very power of creation.